This week’s federal budget took the already essential registered education savings plan and made it just a bit better.

There’s more flexibility for people in how much they invest in RESPs each year, and the government is increasing the annual amount of grant money it will put into a plan to match funds contributed by parents and others. But with these improvements come added complications that warrant a fresh look at RESPs.

That’s what this edition of the Portfolio Strategy column is all about. Consider it your RESP investing toolkit, with suggestions on how to manage RESPs and strategies for making contributions that reflect the changes introduced in this week’s federal budget.

There are three main changes in RESPs that take effect for the 2007 tax year when the budget passes in the House of Commons:

the maximum amount of money that Ottawa will pay into an RESP annually through the Canada Education Savings Grant rises to $500 from $400.

Each of these changes should cause you to reconsider your RESP investing approach. For example, a lot of people put $2,000 per child in RESPs each year because the 20-per-cent matching CESG grant paid out no more than $400 per child (20 per cent of $2,000 is $400). Now, you’ll want to ratchet up your annual contribution to $2,500 at minimum to capture the maximum $500 per year in grant money.

Note that the total amount of CESG available to RESP beneficiaries remains unchanged at $7,200. What the government has actually done, then, is accelerate payment of CESG so you can get it into your plan sooner and start earning investment returns.

The new RESP rules also mean you can put as much as $50,000 in a plan right away, a move that would cost you $6,700 in grant money. The background here is that the government will pay a maximum of $500 in CESG annually ($1,000 if you have unused CESG from a previous year), and it won’t credit you with additional CESG payments in future years for a large, lump-sum contribution made in the past. The bottom line: A large lump-sum contribution will cost you grant money.

The CESG is government largesse at its finest, but if you have $50,000 to invest in an RESP then consider turning your back on it and making a single lump-sum contribution. Financial adviser Brian Ginsler of Northwood Stephens Private Counsel produced a spreadsheet for this column showing that $50,000 invested in an RESP would produce $216,739 over the 25-year maximum lifespan for a plan, assuming $500 in CESG was collected for the year the contribution was made and investment returns averaged 6 per cent a year.

Still another slant would be a 15-year strategy presented by Keith Armstrong, an individual investor who was responding to a column earlier this week on RESPs. You put $15,000 in an RESP in the first year, and then make annual contributions of $2,500 for the next 14 years. Mr. Ginsler’s spreadsheet shows you’d have an RESP value after 25 years of $185,633 if you did this.

Mr. Ginsler made the point that someone with $50,000 who wanted to collect federal grant money could theoretically invest the money in a non-registered investment account and then gradually move it into an RESP.

But his calculations show that even when you add the proceeds of the non-registered account and the RESP together, this approach yields less than the $50,000 upfront investment.

There’s a simple conclusion to be drawn from this tangle of numbers about the new RESP rules, Mr. Ginsler said. “If you have $50,000, you’re better off plunking it in an RESP right now and having the benefit of continuous tax-free compounding working for you.”

For those who don’t have $50,000 per child to invest in RESPs, there’s the gradual approach to building up a plan.

Graeme McPhaden, a certified financial planner (CFP) with Armstrong & Quaile Associates Inc., has some simple advice in this regard: “Definitely be aggressive with your investing, and do it monthly.”

All of Mr. McPhaden’s clients make automatic monthly RESP contributions rather than scrambling at the end of the year to find some money. This ensures a steady, uninterrupted flow of money into an RESP, and eliminates any year-end scrambling to find the necessary cash. It also helps shield clients from the grief caused by investing a big chunk of money into a market primed for a fall.

That said, there are studies suggesting you’ll get superior returns with a big one-time investment as opposed to dollar-cost averaging, which is the term for spacing out your investments over time. Here’s yet another vote for lump-sum RESP investing.

As for being aggressive, Mr. McPhaden and others use an investing approach that focuses on equity funds for the first and middle years of an RESP, and then shifts into more conservative balanced funds (a mix of stocks and bonds) five years before the plan beneficiary is to start college or university. The idea is to build capital, and then preserve it while also achieving a little growth.

Mr. McPhaden’s fund of choice for starting an RESP is Ethical Special Equity, which focuses on smaller, riskier stocks. This is a socially responsible fund, which means it avoids certain sectors and looks for standout corporate citizens, and its performance over the long term is very good. The 10-year compound average annual return is 13.8 per cent, compared with 10 per cent for the average peer fund.

The rule changes in this week’s budget will prompt lots of rethinking about RESP investing, but Mr. O’Brien has his own idea for helping families build up the savings they need to afford the cost of postsecondary education. “I’m hoping to get more grandparents involved,” he said. “If they want to leave a legacy, what better way?”

Go for the Grant?

The ABCs of RESPs

The basic concept: Save for your child’s university or college education in a tax-sheltered plan, and have the federal government match every dollar you contribute up to $2,500 per year with a 20-per-cent grant. Withdrawals from RESPs are taxed in the hands of the beneficiary student, who would typically pay little or nothing in income tax. You do not get a tax deduction for making an RESP contribution, as you do with registered retirement savings plans.

History: RESPs have been around for decades, but they only took off after the introduction of the Canada Education Savings Grant in the 1998 federal budget.

Different kinds: There are three types of RESPs — individual, family and group. Individual plans are for a single beneficiary and can be set up by anyone (you can even set one up for yourself to return to school at a future date). Family plans, which can only be those related to a beneficiary by blood or adoption, are ideal for a group of siblings. If one doesn’t pursue a postsecondary education or takes a particularly long or expensive course of study, there’s flexibility in the family plan to allocate resources where they’re needed. Group plans, also called scholarship trusts, pool client money and invest it in a portfolio of bonds, GICs and such.

Where to set one up: Banks, financial advisers, investment dealers and discount brokers all offer RESPs, as do a variety of scholarship trust companies.

Pitfalls: The obvious one is where you have an RESP set up for someone who does not pursue a postsecondary education. In some cases, you can select another beneficiary to receive some or all the benefits. Alternatively, you can withdraw RESP assets, subject to taxes and repayment of CESG. You can also transfer up to $50,000 in RESP earned income to your registered retirement savings or a spouse’s, providing there’s contribution room.

Some other things you should know: A child needs a social insurance number to have an RESP set up on his or her behalf; the maximum life of an RESP is 25 years; CESG is only available to those 17 and younger, and the lifetime maximum amount is $7,200; the annual CESG maximum is $500, but you can receive an additional $500 to make up for grant money you didn’t claim in a previous year. 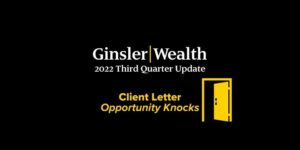 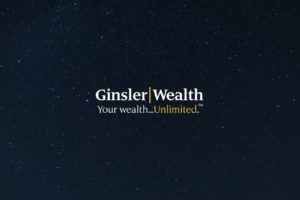